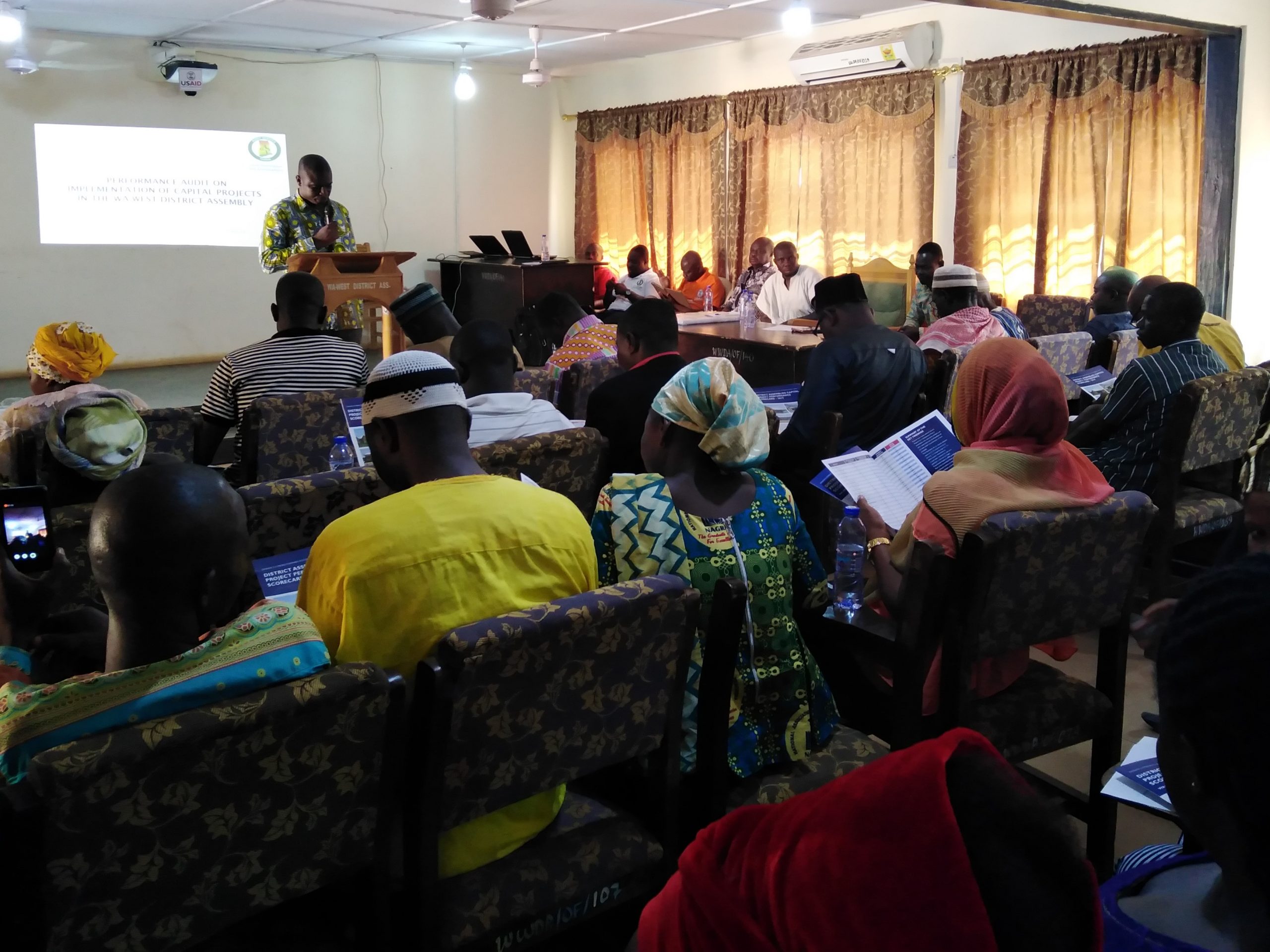 The Audit Service has instructed the Wa West and the Nadowli Kaleo District Assemblies to refund an amount of GHc,955.00 and GHc8,702.18 respectively being overpayments of contracts.

Mr Alfred Nii Okanta, the Principal Auditor said a 2018 audit of two projects under the District Assembly Common Fund (DACF) from 2014 to 2017 in each of the two districts discovered an overpayment.

According to Mr Alfred, the districts failed to conduct proper monitoring on the projects, which resulted in the payments of services that were not rendered by the various contractors and were considered as overpayment and the amount was to be refunded by the project supervisors.

Mr Alfred said the 3-Unit Classroom Block at Nanvilli was supposed to come with urinary pit and doors according to the contract, but the doors were not provided as indicated, but full payment was effected.

With regard to the procurement process, Mr Alfred said the Nadowli Kaleo District Assembly breached the Procurement Act since the contracts were not advertised by the Assembly to give equal opportunities to all contractors as required by law.

“The audit indicated that most of the District Assemblies do not conduct effective monitoring on projects and most projects awarded to contractors are not taken through the procurement process as in the case of Nadowli Kaleo, which is a breach of the laws of the country,” he said.

The audit service scored Wa West 64 per cent and Nadowli Kaleo 49 per cent with both placing 7th and 33rd respectively out of 50 districts across the country on the audit league table organised by Center for Development Initiatives (CDI) under the GSAM project with funding from the USAID.